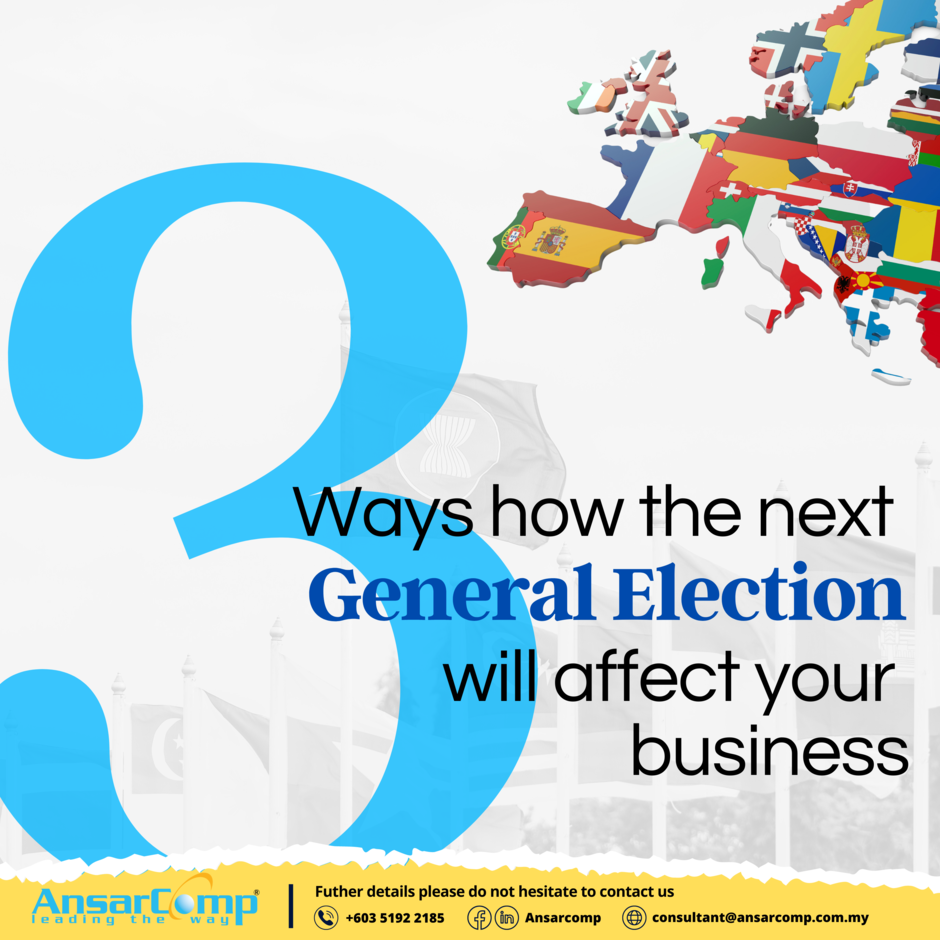 The country’s economic growth, including those in recently expanded new sectors, is fundamentally fueled by political stability. If the political climate in Malaysia is stable, domestic and foreign investors will be drawn to the business sector, which can improve the economic growth of the country and create better job opportunities.

Investors will not invest in Malaysia if the political climate is unstable because they lack confidence in the country’s future, particularly in light of the ongoing political crisis. For business owners, not all industries are negatively impacted by elections. The results are very favorable for some industries.

Therefore, it is in the interest of the electorate to choose a promising government that will serve its full term so that elections do not need to be held before they are scheduled.

There are 3 ways how the next general election will affect your business :

Political Cycle: A new international trade initiative or new large-scale infrastructure project may be postponed depending on who wins the election, particularly if there is a possibility of a change in political leadership. For example, the ECRL and HSR projects’ commencement dates have been changing since the first time they were announced, and in the case of the HSR project, it was terminated in 2020, 2 years after the 2018 general election.

Changes in Legal requirements for Business Operations: New policies could mean it costs more or less for businesses to operate after an election, as government policies may change depending on the economic direction of the elected officials. The 2020 OSHA amendment bill includes better and wider coverage towards employees’ safety and costs the employer more in terms of safety for having PPE in place and creating a safe working environment.

Taxes: Goods are taxed differently in each country and the tax laws in a country may be complicated as well. Foreign businesses may be required to pay more tax if tax treaties between both countries are not established. For instance, the switch from GST to SST after the 2018 general election; some like it, and others have mixed responses towards it.

AnsarComp (M) Sdn Bhd is a one-stop centre to apply for approval/permits, and we also can be a local representative or Importer of Record (IOR) or Exporter Of Record) on behalf of a client who doesn’t have existence in Malaysia or who needs our services.